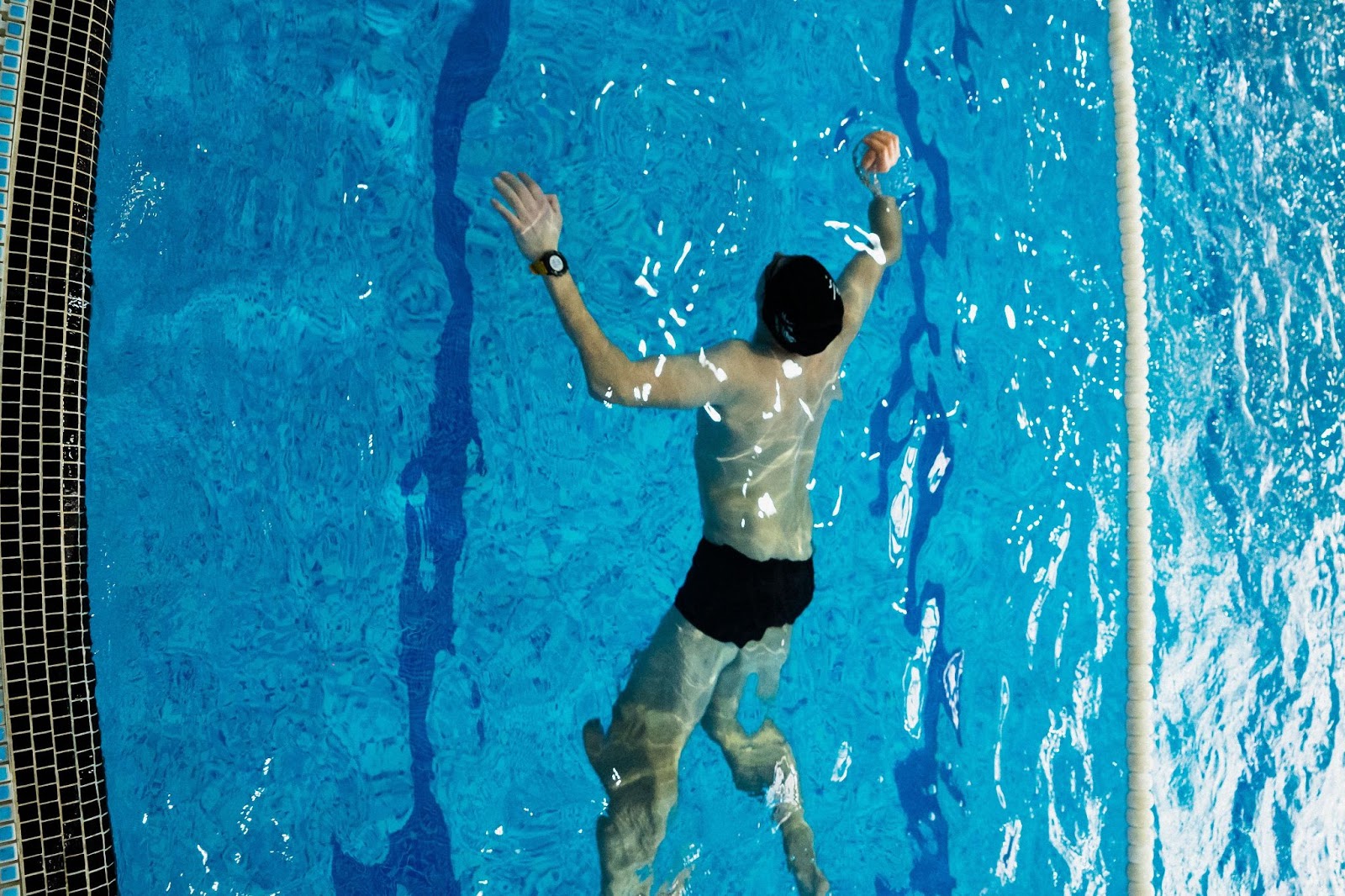 How To Glide When Swimming: Top technic

It is believed that the hands ensuring the forward movement of the body and the legs are responsible for pushing off are the most significant elements in swimming. Therefore, the traditional coaching school focused on how to "move forward" and "push off" correctly. Athletes spent endless hours training with boards, trying to strengthen their arms and legs. Such an approach rather slows down the development of a swimmer than accelerates it.

What is gliding in swimming?

Gliding is a continuous movement and a concept in swimming that works both on the water and under it. The point is that the body moves rapidly forward without involving the movements of the arms and legs. It all starts with a quick push from the side of the pool to create a flow that carries the body forward. Here we are talking about streamlining. It is the power that allows you to gain speed and save it to overcome the distance.

Do not think that the streamlining depends on the shape of your body. That's not so. It does not matter at all, whether you are tall or short or what kind of figure you have. Water pushes your body anyway. The most important thing is the position of the hands and feet that creates gliding in water.

The difference between a good swimmer and a bad one is that a good swimmer stretches his body even when he starts rowing. There are three ways to reduce water resistance. Two of them provide the improvement of swimming technique, the third — the right choice of swimsuit.

How to glide? Top technic

1. Elongated body shape. When making a stroke, the swimmer pushes the water back, creating an area of high pressure in front of him. At the same time, an area of low pressure is formed from behind, and the water tries to "absorb" it back. It is for this reason that open-water swimmers swim behind the leader. If an area of low-pressure forms in front of us, the water pushes us forward.

2. Reduction of the generated waves. The higher the wave, the more energy is spent on fighting it. The fish swims so fast because it does not create waves. For the same reason, a person who has just pushed off from the pool wall slides so easily underwater. This is also useful for side glide swimming.

3. Reducing the friction force of the water on the swimmer's skin. This is something that cannot be corrected by swimming techniques. However, a good tight-fitting swimsuit will help you. In most cases, a simple suit made of lycra or polyester is enough, but since the 2000s, wetsuits made of special fabrics that reduce friction are increasingly found at competitions. These materials glide in the water better than human skin, and often the swimsuit covers the entire body of the swimmer from the neck to the ankles.

4. Pierce the water. Consider the front position of the hand as the end of the stroke. Imagine that you are piercing the water with an arrow, your hands are its tip, and your torso and legs pass into the formed "tunnel".

‍
To swim effectively means to know how, when, and where to apply force to the water during a stroke. It is also important to know when and where to alternate effort and rest during the stroke. This alternation creates an effective technique for gliding in swimming. Master this technique and swim faster than ever.