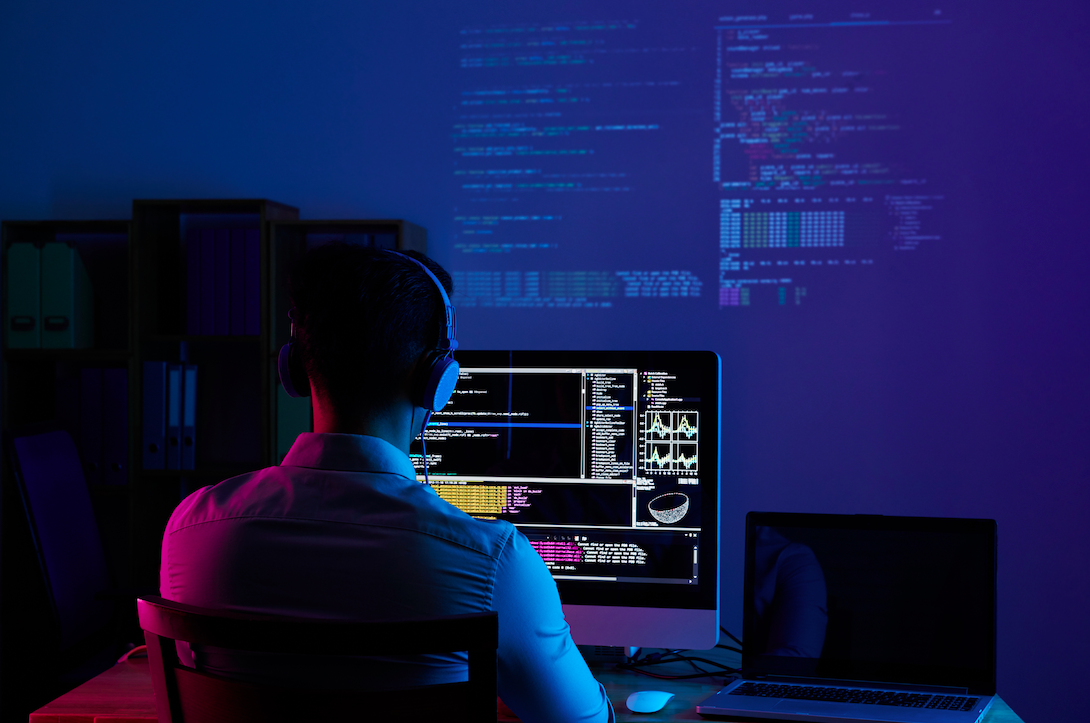 The program is the “soul” of the device, which breathes life into electronics. Let’s see what problems were solved via the program (source code) in Sonr in order to obtain an integral device made for training.

The problem of high energy consumption was solved by a simple algorithm managed by the software. The primary consumer of electricity is the receiver. What if we interrupt it for a second for short periods of time? The receiver will not receive signals and therefore energy consumption will be reduced. Of course, this is a problem for communication since the connection with the walkie-talkie is lost. But let’s analyze this subject more.

The receiver is turned on for a few tens of milliseconds and then goes into hibernation mode when it is not receiving. When the receiver wakes up it remains active until the end of the reception. However, tens of milliseconds can be lost in which the transmission takes place, but the receiver does not notice this. The user will not notice that in fact Sonr started to receive a little later, so the reception will continue to be the stable pillar for an effective workout. The implementation of this algorithm increased the working time in standby mode (Sonr is turned on but the walkie-talkie does not transmit), from 2 to 6 hours.

The next problem solved by programming was the inability of the receiver to accept a signal if two walkie-talkies, which are close to each other, simultaneously transmit. For that end, each Sonr can be set to a different channel by a computer application.

It’s certainly not easy to find a computer in a pool. In order to overcome this problem, the built-in program offers the possibility to set “Sonr” to a channel, using the pairing function. Pairing is done as follows: press the transmit button on the ration within a radius of 2 meters from Sonr, and if Sonr is turned on you must press the button three times.

Following the solution to this problem, the idea of creating a common channel for all Sonr devices appeared, in addition to the fact that each has a private channel. Thus the program scans two channels, common and private. The coach has the possibility to address several people at the same time by setting the common channel to the walkie-talkie, or if he wants to address one person he can do so by setting the private channel to which the Sonr receiver is set.

What additional functions can be added without modifying the electronic construction? The metronome is a function that can be performed using a program written in Sonr. The metronome is vital for a swimmer. It focuses the swimmer, improves rhythm, teaches unerring pace, and even trains your brain. You learn you can improve far more quickly when you focus on training the brain and nervous system than when you train limbs, lungs and muscles as in traditional training. Learn more about it here.

The metronome is the function that requires precision over time intervals. For example: to have 80 sounds in a minute it is necessary to generate one sound every 750 ms, and for 81 sounds it takes 740 ms. We notice the difference between the tempos is 10ms. The operation algorithm of the program must have high precision and the deviation must be of microseconds, otherwise, the swimmer will train with a different tempo than the set one.

All these functions combined create a perfect environment for a swimmer to train and are a huge help to a coach. The software however can be modified and expanded faster and with less investment compared to the hardware part. All we have to do is put our imagination to work and create new functions that will be useful to the user. Now the big question: What ideas do you have?