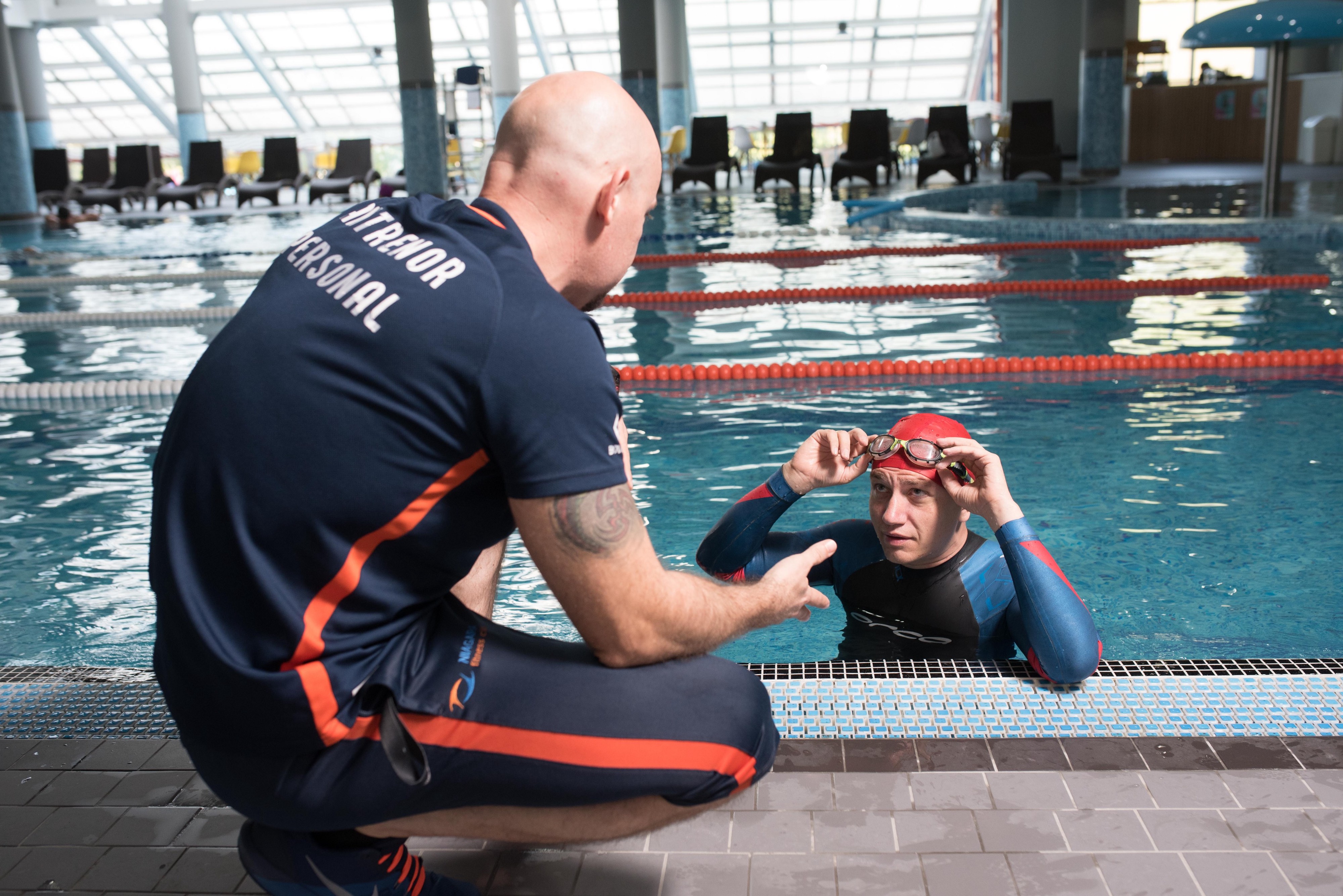 The birth of an idea

Learning to swim is like studying a foreign language. You may discover all your life, but if you didn’t have the opportunity to study it as a child, you would never reach a high level of proficiency.

You can improve your swimming skills, though. I have been learning to swim for as long as I can remember: at school, swimming at sea with friends, next racing in the lakes, then rivers and oceans followed. But I did it with my head above water, no technique at all, not to mention speed and distance.

In 2012, I decided to become an Ironman, and I started to prepare. It was then that I decided to learn how to swim in earnest. I found a coach, and things were off and rolling Months went by, and if I were to rate my swimming technique, one day, it resembled that of a cat in the bathroom, another day — that of a drunk vacationer in Turkey. As for my arms and legs, they did not participate in any way in my water activity

Also, the coach (Victor, I’m sorry for mentioning him!) used to scream at the top of his lungs: “Elbow! Elbow high!!! Reach out!!! Don’t reinforce your mistakes, who taught you this way, damn it?!”

As I swam in the water, all I could hear was sentence-scraps: “mistakes… damn it…f#!k…!!!”

After the exercise, he often told me:

I honestly tried to hear and see him, to learn, and to not reinforce my mistakes.

One day, after another speech while swimming, which I could only figure out bits and pieces, I realized what we were missing. Walkie-talkies! With the help of a walkie-talkie, the trainer would be able to instruct me while I was swimming. And I would be able to learn to swim faster than others because my every movement in the water would be correct. Yes! I even stopped in the middle of the pool. It’s that simple!

The next day, I brought in a Motorola walkie-talkie to the pool and handed it to Victor. “Speak to me on it,” I told him, and “I will listen.” Then I wrapped my one in a plastic bag and pulled out the wire of the earphone. I stuck it in my ear, put the radio under the rubber strap of my goggles and swam. Of course, I couldn’t hear anything. It turned out that the walkie-talkies do not work underwater, even depth of 5 cm is an insurmountable obstacle for them. And my head sometimes plunged 20 cm underwater, and even half a meter when changing direction at the pool’s edge.

The coach was laughing at me. This is where our test was over. I couldn’t get the idea out of my head, but I returned to it from time to time. Underwater, a person always has time to think.

In fits and starts, I learned to swim in earnest. A year later, I swam my first 2 km in open water, in another year — 5 km, and four years later, I swam the Strait of Gibraltar — 17 km.

It took millions of broken incorrect neural connections, a few hundred kilometers swimming in open water, and years of practice for the idea to get shaped in my mind. I realized what the device should be like and what to do about it.