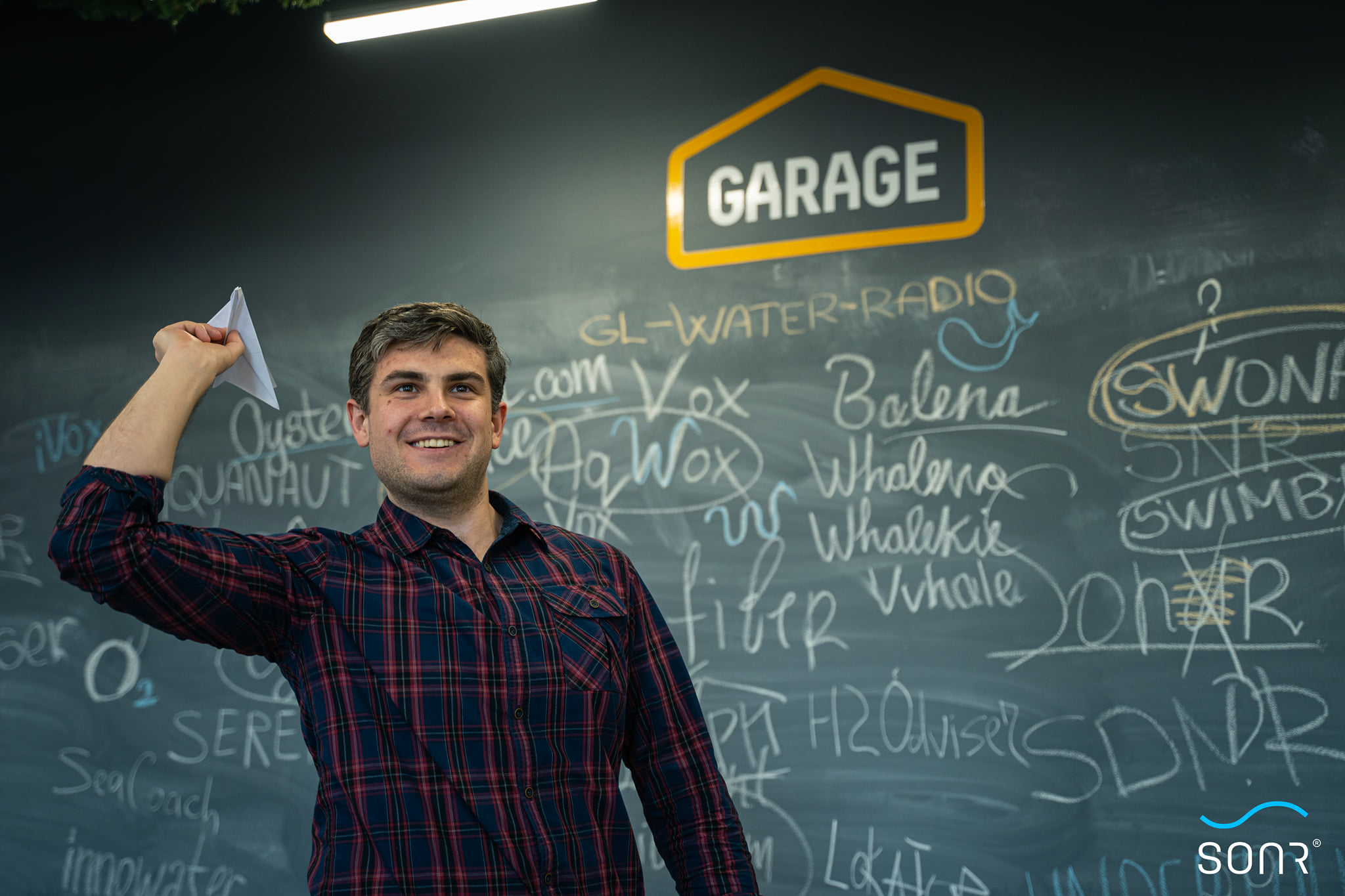 2 weeks ago we told you about our brilliant minds working on the hardware part of Sonr. This week it’s time to meet the software engineers or as they call themselves very fancy: embedded system software developers - Nicolai Levinet and Andrei Zglavoc.

Nicolai is a walking encyclopedia and a talented young man who has a bunch of projects he worked on. One of the first one being a camera with stabilization on a tripod controlled by a joystick. Pretty good for a beginner and not bad for getting the second prize among the students and writing his final paper on this topic.

Among this camera, Nicolai also worked on a thermal one. You know those cameras from spy movies when you can see on a screen who drank the tea 1 minute ago and left a stain on the table. Well, thanks to this camera you could see the thermal trace of any object or person.

Moving on to the real deal of Nicolai’s career. He worked on the Doppler correction software as part of the project: Satellite Telemetry Data Reception and Processing via Software-defined Radio. Geez, that was hard to pronounce. First, he wrote an article on EME (earth-moon-earth) communication then based on it developed the software for an antenna control device. Together with the team, he developed an earth station with antennas where they could test the software. Having this experience he wrote another article about doppler but already for satellite and completed the software with functions of receiving packages from the satellite. You can read more about his work here.

Nicolai was one of the first ones to join the Sonr team. He worked on the soft for the first 2 prototypes, then continued with the drivers required for components, switched to the low power regime software, and changed the game when he created the software for switching channels on Sonr.

Nicolai makes a great team with Andrei Zglavoc who is one of the youngest members of Sonr. Although Andrei is among the youngest ones he has a great set of skills (not the ones Liam Neeson talks about in the movie “Taken”) needed for an embedded system software developer: he has a degree in computer science, worked as a web developer, and even had experience in hardware engineering.

One of his distinguished projects was the Artificial Intelligence and Computer Vision for which he developed the software based on ready-made algorithms and then optimized this software making it better and faster.

As a part of Sonr project, Andrei worked on controller peripherals giving Sonr its voice and animations. Also, he developed the program that runs once you connect Sonr to your computer. We mentioned this in the previous article dedicated to Sonr’s software.

Nicolai and Andrei complement each other in the best way and really made a difference in giving Sonr a brain and a voice.